The GunLink Test Unit is a portable system designed for quick and easy onboard testing of individual GFSM and TEM.

The unit provides onboard testing of individual Gun Fire and Sensor Module (GFSM) units and Termination Electronic Modules (TEMs). It’s capable of determining whether they are working correctly either before, in the case of spares, or after being attached to the array once a fault has been reported. 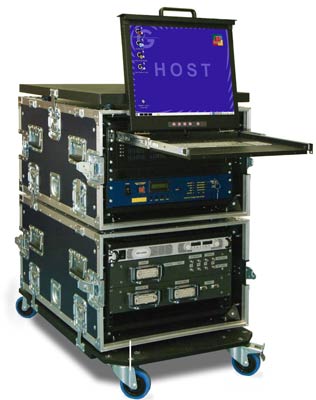