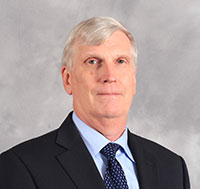 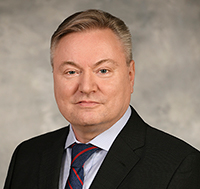 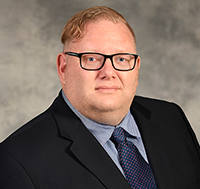 Andy Meecham joined MIND Technology as Vice President and Chief Technology Officer in September 2019.  He has 25 years of experience in sonar, acoustics, and related domain awareness technology and techniques for military and commercial customers in the US and internationally.  Most recently he was Chief Technology Officer of Northern Defense Industries (NDI), responsible for design, development, and technical strategy for a range of maritime domain awareness and waterside security systems for the US government and critical infrastructure facilities.  From 2006 he was Technical Manager, Sonar Systems and Principal Engineer – Maritime Security for Sonardyne, responsible for the design and development of the ‘Sentinel’ intruder detection sonar (still the world’s most widely deployed maritime security sonar) and, as part of that role, moved from the UK to the USA to directly support the US Navy Customer.  From 2001 to 2006, he held various senior technical roles for Thales Underwater Systems, developing novel algorithms and processing techniques, devising architectures and system designs, and leading the development, for multiple minehunting and submarine sonar systems.  From 2000 to 2001, he was a scientist/modeler for the UK government’s Defence and Engineering Research Agency (DERA, later QinetiQ) where he performed model development, operational analysis, and definition of naval tactical doctrine supporting multi-national surface-ship torpedo defense programs.  From 1996 to 2000, he was employed by Thales Underwater Systems, designing and developing minehunting sonar systems, including a technology demonstrator of the world’s first wideband minehunting sonar.  He has a B. Sc. In Physics from Imperial College, London and an M. Sc. in Software Development from the University of Central Lancashire (UK). 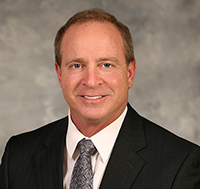 Mark was appointed Chief Financial Officer in January 2022 having served as Chief Accounting Officer since May 2017.  Mr. Cox joined MIND Technology as Vice President Finance and Accounting in February 2017.  Prior to joining MIND, Mr. Cox was employed by Key Energy Services, Inc., an oilfield service company, where he served as Vice President, Controller and Principal Accounting Officer from March 2012 to October 2016, and Vice President, Tax, from October 2009 to March 2012.  From December 2008 to September 2009 Mr. Cox served as Chief Financial Officer for Recon International, a privately-held company providing construction services to military and private organizations in Afghanistan.  From August 1990 through November 2008, Mr. Cox held a variety of positions with BJ Services Company, including Director of Tax , Middle East Region Controller and Assistant Corporate Controller.  He also worked in the tax practice of Arthur Andersen LLP from 1986 to 1990.  Mr. Cox is a CPA (inactive) and holds a Bachelor of Accountancy degree from Houston Baptist University 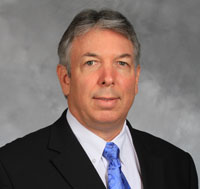 Mark Welker was named Vice President – Seamap in July 2016 and has more than 25 years’ experience in the manufacturing sector of the marine seismic industry. He began his career in 1982 with Syntron Inc, Houston, Texas (now Sercel Inc). During 1992 – 1996, as Managing Director of Syntron Asia Pte Ltd, Mr Welker established a purpose-built streamer manufacturing and repair facility in Singapore. From 1996 – 1998, he relocated to Syntron Inc as Vice President of Worldwide Manufacturing, during which time he also established and managed the Zhong Hai Syntron Joint Venture Cable factory in Tanggu, China. Mr. Welker returned to Singapore in 1998 as Managing Director of Sercel Singapore Pte Ltd. In 2001, Mr. Welker became Managing Director of Seamap Pte Ltd in Singapore which MIND Technology acquired in 2005. 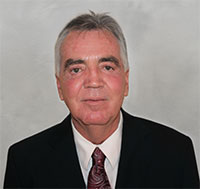 Dean Dennison was named Vice President – Leasing Operations in July 2016 and started his career in the geophysical business in 1980 working as a field hand in Canada. From 1981-1985 he worked in Papua New Guinea, Australia, Brazil and the USA in various technical and management positions with United Geophysical/Seiscom Delta United. Mr. Dennison studied electronics at Marion Technical School. From 1988-1990 he worked as a technical supervisor and field manager for Veritas Geophysical in both Canada and USA. From 1990-1999, Mr. Dennison co-owned a small geophysical acquisition company in Ohio where he was instrumental in designing, planning and executing some of the first 3D land seismic shoots in the Northeast United States. In 1999 he moved to MIND Technology as Sales Manager in Canada, eventually becoming General Manager for Canada and South America. 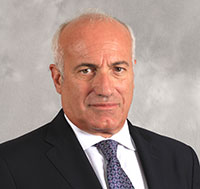 Peter H. Blum was elected Non-Executive Chairman of our Board on July 8, 2004. Mr. Blum is Co-Chief Executive Officer and Co-President of Ladenburg Thalmann & Co., Inc., an investment banking firm, where he has been employed since 2004. Prior to 2004, Mr. Blum was a senior investment banker with various Wall Street firms. Mr. Blum started his career with Arthur Young & Co. as a Certified Public Accountant and received a Bachelor of Business Administration degree from the University of Wisconsin-Madison. Mr. Blum has over 25 years of experience as an investment banker in the energy industry during which time he provided consultation and advice to a variety of companies. He also has extensive experience in financial and capital markets. 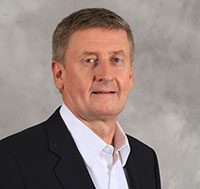 Since 2003, Mr. Thomas Glanville has been managing partner of Eschelon Advisors, LP, Eschelon Energy Partners, LP, and affiliates, providing energy and private equity investment and advisory services. From 1999-2002, Mr. Glanville served as vice president of technology and new ventures for Reliant Energy, Inc., one of the world’s largest international energy services companies, and its affiliate, Reliant Resources, Inc. He currently serves on the board of directors of the privately-held oil and gas exploration and production company Strand Energy, L.L.C and as Chair of the Audit Committee of Itron, Inc, a publicly traded electric, gas, and water meter manufacturing, metering technology and systems company. He also serves as chairman of the Texas Tri-Cities branch ( Houston, Austin, San Antonio) of the National Association of Corporate Directors (NACD). Mr. Glanville graduated with an M.S. in Mineral Economics from the Colorado School of Mines and holds a B.A. in Economics from the University of Virginia. 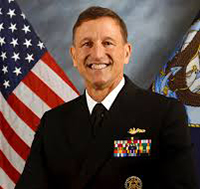 A graduate of the U.S. Naval Academy, Admiral Hilarides was commander of Naval Sea Systems Command (“NAVSEA”) prior to his retirement in 2016. As NAVSEA commander, he oversaw a global workforce of more than 56,000 military and civilian personnel responsible for the development, delivery and maintenance of the Navy’s ships, submarines and systems. He held a number of other posts during his career, including director, Advanced Submarine Research and Development, program manager of the SSGN Program, program executive officer for submarines and commander of the nuclear submarine USS Key West. 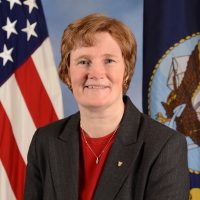 Ms. Nancy Harned retired in 2020 from a 34-year career as a civilian employee of the Department of Defense. She served from 2007-2020 in various Senior Executive Service positions (equivalent to general officer or flag officer rank in the U.S. Armed Forces). From 2015-2020 she was the Executive Director for the Navy Expeditionary Combat Command, responsible to man, train and equip the Navy’s 19,000+ Expeditionary Sailors. Her other Senior Executive assignments included the Office of the Assistant Secretary of the Army (Acquisition, Logistics and Technology), the Office of the Assistant Secretary of Defense for Research and Engineering, and Deputy Director for Programming on the Chief of Naval Operations staff, responsible to develop the annual $125B U.S. Navy budget. From 2001-2007 Ms. Harned served in a variety of positions on the Chief of Naval Operations staff, and from 1993-2001 she led sonar research programs at the Office of Naval Research. She began her career at the Naval Air Warfare Center, developing sonar signal processing techniques for anti-submarine warfare. She has bachelors and masters degrees in electrical engineering. 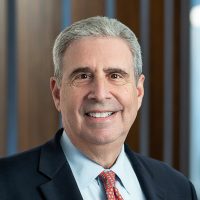 Alan P. Baden is a retired corporate finance and securities attorney. Mr. Baden practiced law in Ohio, Texas and New York. From 2014 to 2021, Mr. Baden was a partner and then counsel in the firm of Thompson & Knight L.L.P., which merged with Holland & Knight L.L.P. in 2021, where he was a consulting counsel until his retirement in 2022. Prior to joining Thompson & Knight, Mr. Baden was a partner in the Houston and New York offices of the law firm of Vinson & Elkins, where he practiced for over 35 years. Mr. Baden is a graduate of the Wharton School of the University of Pennsylvania with a BS in Economics degree and Case Western Reserve Law School with a JD degree.